Adjusting to life after college can be hard especially when you’re playing the comparison game. Read how this graduate learned how to overcome this mindset which leads to her following her dream career

We all know that the comparison game has no winners. But there aren’t too many people out there sharing their stories behind why they joined the “don’t compare yourself to someone else” belief club.

If you’re anything like me, it’s not enough for people to tell you not to do something because it’s bad for you. You need proof. So, you either need to experience it yourself or hear someone else’s story about how the comparison game affected them.

A firsthand experience that gets you to change your mindset is usually one that hits you in the gut. But we can avoid that pain if we listen to each other’s stories. That’s why when I caught up with my friend, Jamie, about her post-college job hunt I wanted her to share her story.

But her original plan aligned perfectly. Read on to find out exactly how the comparison game affected her post-college journey. And how she overcame this mindset, which led her to a career path she is passionate about.

1. What did you get your Bachelor’s Degree in?

Bachelor of Science in Biology; Minor in Environmental Studies

2. During your senior year, how did the thought of graduation and life after college make you feel?

Graduation was always a looming presence in college. It was the first time I was expected to have everything in my career figured out.

I felt like I had somewhat of a plan so I did not feel the pressure as much. But actually going through the next steps in my plan gave me some anxiety.

3. What expectations did senior-year-you have for life after college?

I planned to take a year off after college just to settle back into the real world and figure things out.

Senior-year-me had a very stressful last semester. I took 18 credits (a full load) and most of these classes were in my major (Biology). I felt burned out from school about halfway through senior year.

So I planned on taking a break to recharge after graduation. Then truly starting to work towards what I wanted to do for the rest of my life.

My plan was to move back in with my parents for the first year, save up money, and start applying to Vet School.

I had a lot of hours working with animals from my internship in New Zealand. But I wanted to try volunteering at the zoo or big animal clinics to gain even more experience.

Ultimately, I wanted to be a marine veterinarian. Marine life was a huge interest of mine (and still is) so I looked into gaining experience at aquariums.

The veterinary field is very difficult to get into with paid opportunities, especially in the marine sphere. So I looked for unpaid internships and shadowing opportunities. I was hoping that that summer, I would find a short-term program. Then apply to vet schools in September.

After college, I ended up in a program called the Earth Corps program.

It was a four-credit course in the Sangre de Cristo Mountain Range where I lived in the mountains for 30 days. I learned how to build trails and took courses in Geology, Ecology, and Geography. I have always been passionate about the outdoors. So I thought it would be an exciting and different, opportunity.

After the Earth Corps program, I realized a few things:

So I started searching and applying for wildlife biologist jobs and environmental scientist jobs. It was difficult to find these jobs, especially using USA jobs. If you do not use specific language on USA jobs they actually weed you out of the running automatically – something I found out later.

5. What emotions did you experience during your job hunt?

After deciding not to go to vet school, the next year of job searching was the most difficult. I felt very unmotivated and had no idea what I wanted to do. I felt lost. And everyone hiring was looking for candidates with experience — even for the introductory or tech-level jobs.

I was still living with my parents to save money and that also felt like a failure because I talked to people who were moving out and to different cities.

I reached back out to one of my leaders on the Earth Corps program because of a bet we had while I was living up there. I lost the bet so I owed him 6 bags of gummy bears. Upon meeting with him, he asked if I would be interested in a job with Rocky Mountain Field Institute – a nonprofit environmental local organization, that maintains and builds trails in the Colorado Springs area as well as a few other fourteener projects.

I never realized that that was a route I could take with the organization I already worked with.

Networking for me has always been a struggle because it is not in the forefront of people’s minds in the sciences as much as business. I never had a lot of practice so it was not something I always thought about. Once an opportunity opened up, I was very excited to move forward. Overall, I felt very unprepared and lost going out into the “real world.”

6. Tell me about your first job (that required a four-year degree) out of college.

My first job that required a four-year degree was a Field Instructor at Rocky Mountain Field Institute. My job was to work with a trail crew, building trail, leading volunteers and instructing students in trail techniques with some educational and research components.

When other people hear about that job they don’t always realize that it requires employees to have a four-year degree. It also requires Wilderness Medicine training because staff need to be able to treat something in the field or know what to do if something happens.

Each day we went out to project sites and built rock structures or timber structures depending on the site. We cut down trees and built a trail from scratch.

I also had the opportunity to close down certain trails. It was a lot of leg work, but we also wrote reports about sites and monitored if the techniques we implemented were working. I lived in the backcountry for weeks at a time hiking to the worksites and continuing to build structures, while being in charge of a project and lining everyone out and coordinating with project partners.

The job was full-time, seasonal meaning we worked 40-hour weeks but it would only be from March to December because the winter months it is impossible to do trail work efficiently.

7. How long did it take you to get that job?

It took me two years after school to get this job. A lot of it was due to my poor planning but I also feel like I was never fully prepared for life after college.

For 16 years of my life, I was in a place where a lot of things were already figured out for me or there was a set up already in place. Whether the high school bubble or the college bubble, everything seemed to make more sense and looking back I was very fortunate to have that but it also set me back. I did not realize how long I was relying on a crutch instead of fully on myself.

8. What are you takeaways from your first year out of college about the expectation senior-year-you had vs. how things played out?

My takeaways are that:

9. If you could talk to senior-year-you, what would you say to yourself about life after college?

I would say to senior-year-me that it is okay to not have everything figured out. It took me the longest time to get over that aspect.

I would say that everyone is going through things like this in different ways so to not read into the perceptions and stories I played in my head.

And I would tell myself, “It is great for people to have their career figured out and that is not the way you do things. You have never taken the traditional route before so why would you start now. There is no set path that everyone has to take. Even to this day, I do not have my life figured out and most people don’t either. The most important thing is to do what you think is right every day and don’t be afraid to be the one that is “still figuring it out.”

Had Jamie continued to play the comparison game, she could have pressured herself into becoming a veterinarian. But because she was self-aware and prioritized her needs, she was able to realign her goals and pursue a career she feels more passionate about.

Now you know that adjusting to life after college is hard when you’re constantly comparing where you are today to where someone else portrays themselves. And that with self-awareness, you too can find a career you are passionate about.

P.S. Download this FREE Career Roadmap to discover your path to your dream job.

You can check out other post-college journey stories here: 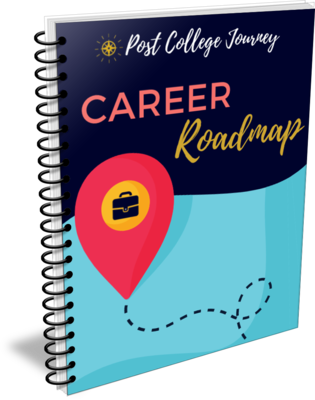 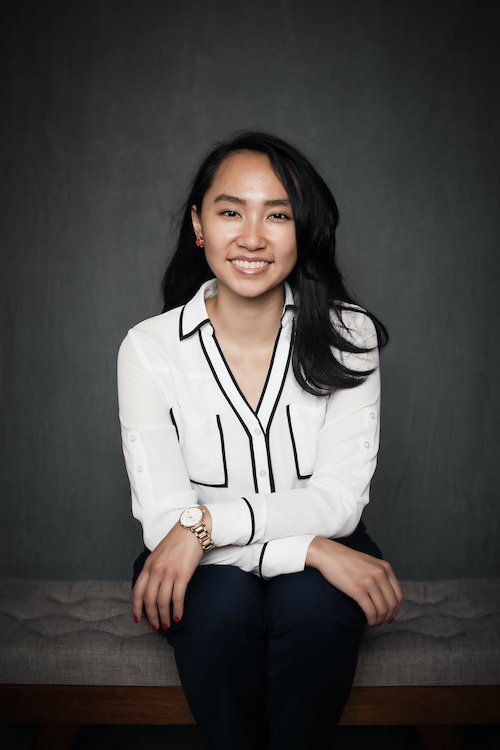